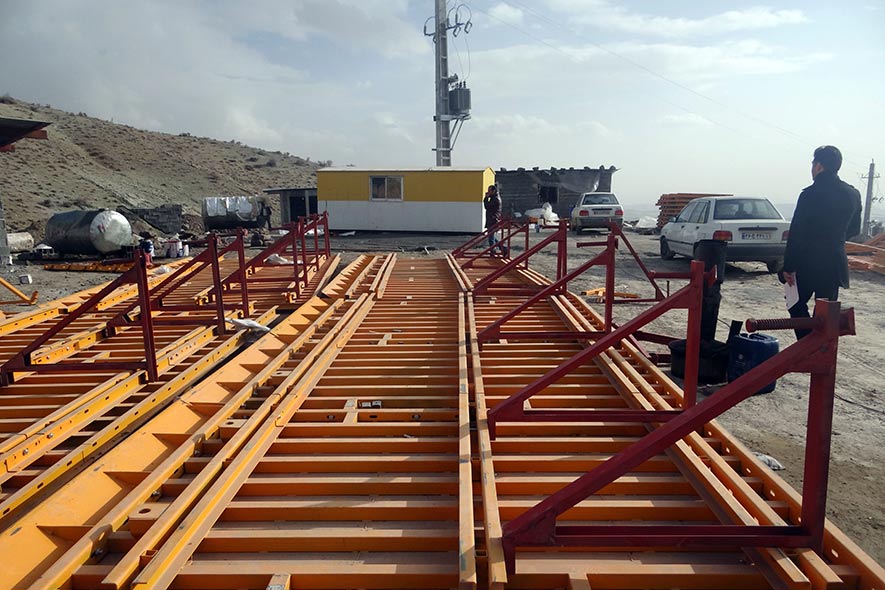 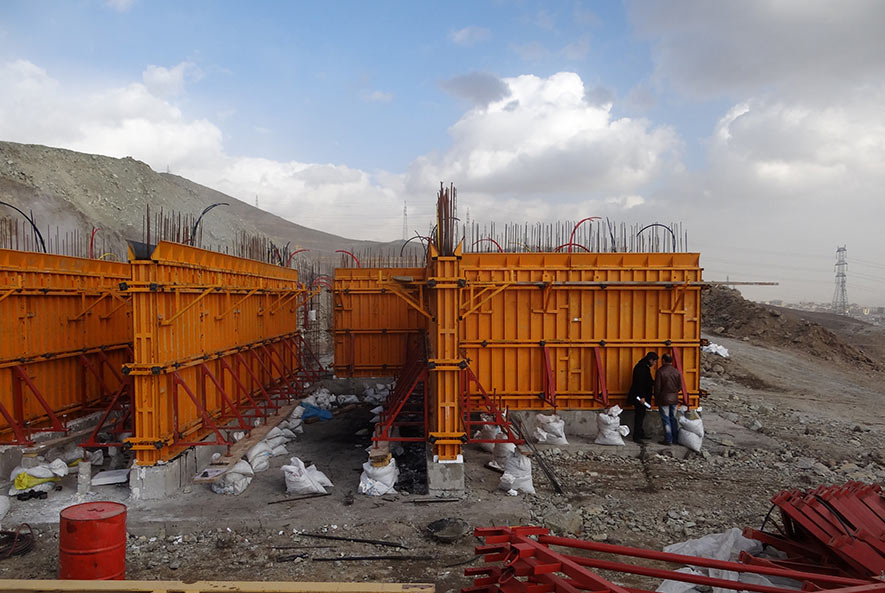 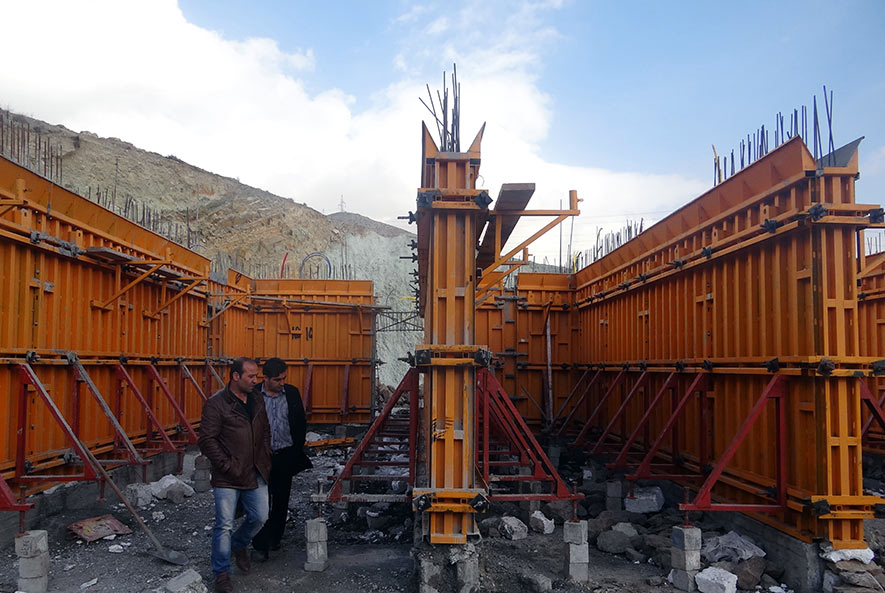 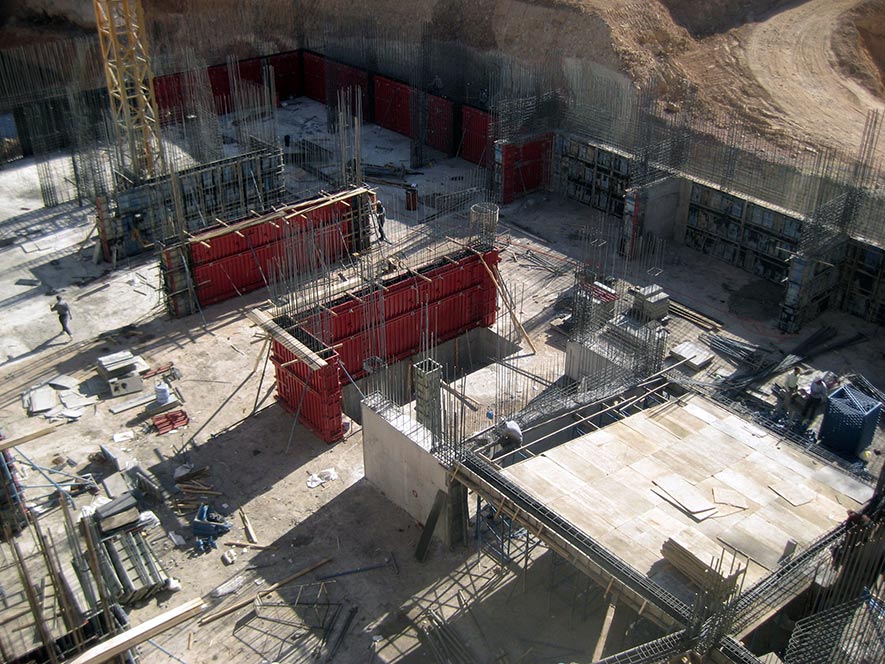 This system is similar to the tunnel form system by this difference that there are only walls that are concreted. I this system, all internal and external walls are simultaneously concreted and total structure has an integrated state causing the building to tolerate higher stresses against side loads and is considered as one of the desirable construction systems. After implementing the one story walls, contractor implements the ceiling upon its discretion by modular, light ceiling and other methods. In this system, moulds are manufactured for any of building walls in integrated form.

Stage One: after implementing the foundation and reinforcement, according to related plan, moulds are installed in their site. It must be noted that moulds are manufactured in integrated form and their accessories including mould setting bracket, concreting platform, shooting, mid-bullet, ... are installed according to above figure.

Stage Two: After implementing the first stage, the moulds will be unfolded and ceiling is implemented according to one above mentioned methods.

Stage Three: In this stage, after reinforcement, moulds will be transferred to the second stroy by tower crane and the previous implemented ceiling is as the seat of the mould maintaining bracket and bracket of the external wall in the holes made from the bullets of the previous bullets will be assembled and are applied as a seat for mould supporting bracket. This cycle is repeated to implemenet the last story. 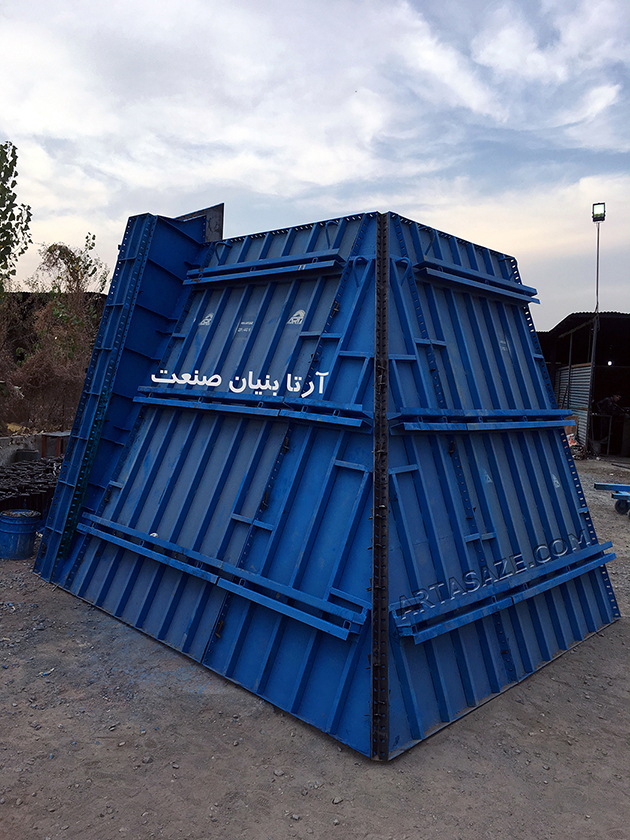